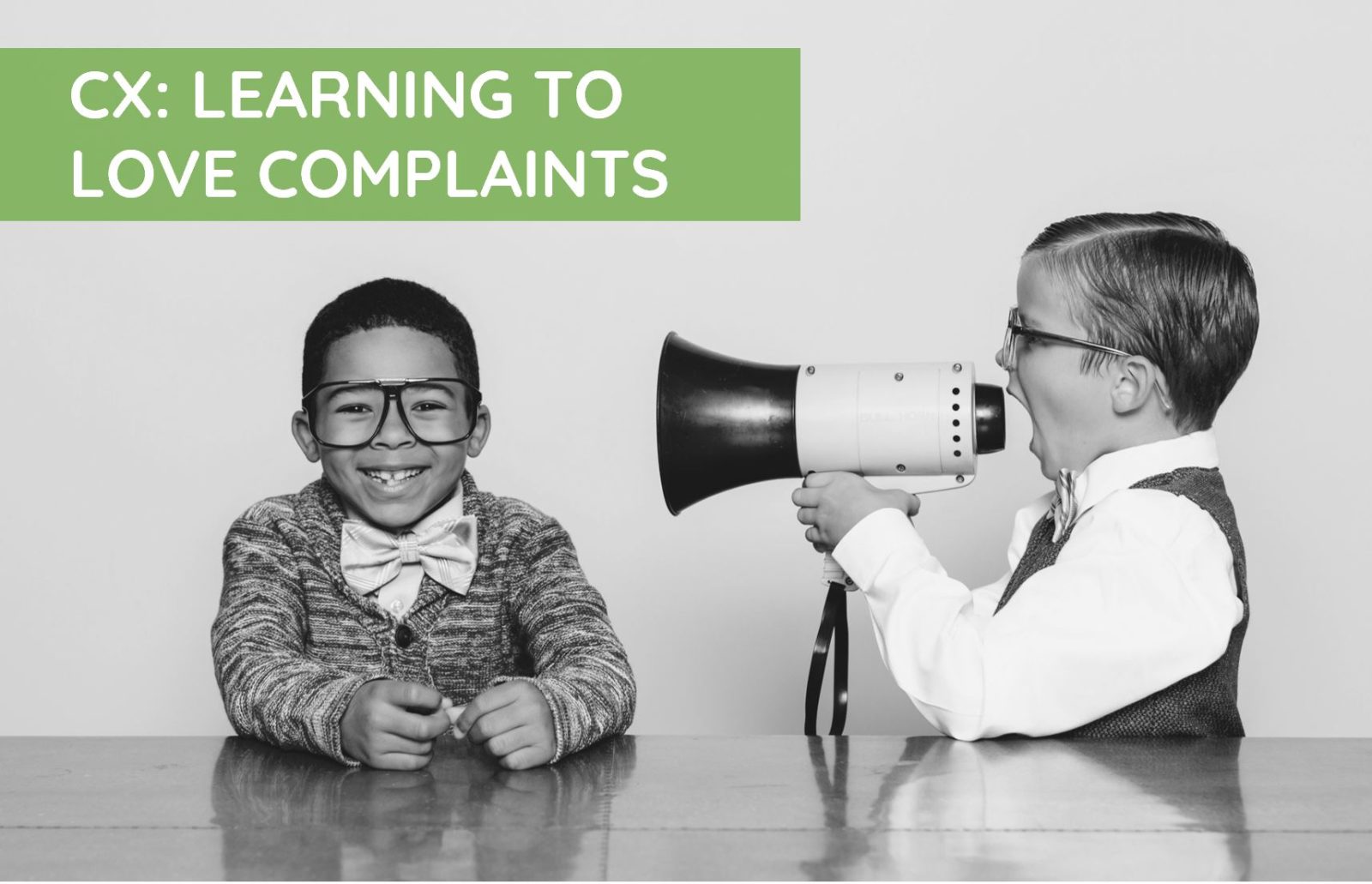 It’s time to take a closer look at the ugly side of customer experience – customer complaints.

Jack Ma, founder of China’s social media and ecommerce giant Alibaba has a famous quote “Opportunity lies in the place where complaints are”. Given he’s one of the worlds most successful self-made billionaires there might be something in this for us to explore.

Far from embracing this ethos, some businesses I see actively go out of their way to ignore complaints, even though there have been studies done to show that these customers can actually be worth more to your business.

In my late teens, I worked in a dry-cleaners. It was a great grounding in customer service and how to deal with difficult situations – because when things went wrong, they really went wrong!

When I reflect on those days I can see a consistent pattern in how customers reacted to a problem.

Their voice would get louder.

Some customers would find their voice straight away and not be afraid to vent their frustrations. The good thing about this, was that you could work through their objections and find resolution.

The other type of customer was far more damaging. There was a delay in them finding their voice. They start with disgruntled silence, grumblings or even compliance as they quietly take their business away from you. But then, back in the comfort of their own environment, their voice would get louder and they would start venting to their friends, family and anyone they can find to recount how terrible their experience was. If you were lucky they would write a formal letter or call the boss. But otherwise, the damage was done and could not be repaired.

Today’s challenge is that with social media and online reviews – when a customer shouts the whole world can hear it. And this scares the hell out of a lot of businesses!

I’ve recently been consulting with some companies that surprised me with their approach to online reviews and negative feedback. The first was a retailer who was hiding all negative comments on social posts and in online product reviews. The second was a client in the property industry who actually had extremely good after sales service and an unusually high repurchase rate but they were so scared of those one or two people who may have something negative to say, that they had switched off all forms of ratings, reviews and testimonials.

Both of these businesses were missing the power of transparency and social currency.

US tech company Skybell found that it took about 25 happy customer reviews to offset one bad review. And this is why some businesses just hide or delete customer complaints.  However, the problem is that a clean sheet of positive feedback with a pure 5-star rating feels too good to be true. This scepticism results in all the genuinely positive reviews being dismissed by a customer as #fakenews.

THE VALUE OF COMPLAINTS

What’s really interesting is what happens if you resolve a complaint.

Research shows us that customers who have had a problem satisfactorily resolved actually become more loyal than a customer who has never complained at all. Plus they are more likely to tell others how pleased they are with the resolution.

Harvard Business Review did a study where they audited customer complaints made to numerous businesses over Twitter. They analysed the time it took for a business to respond to the complaint and the type of response that was given. They then approached those customers who had complained and surveyed them. To create a benchmark, they also surveyed customers of those same businesses who had never complained.

What they found was fascinating…

When a customer received a response to their complaint in a timely manner, they would actually be willing to pay more for that product or service than someone who had never complained!

Beyond increasing the value of that particular customer, there is also a halo effect that can be achieved by using complaints to create social currency.

Your future customers are often exposed to online and social ratings and reviews as they make their purchase decision. It might be on google, facebook, forums or category specific review websites.

Publicly resolving an issue online, (or at least being seen to respond and take action to resolve privately) demonstrates a service level that your potential customer could expect if they ever end up needing an issue resolved themselves. This transparency leaves a heightened degree of trust which helps confirm their purchase decision.

Instead of paying for influencers to create positive word-of-mouth why don’t we focus on building a connection with real customers and turn them into public advocates. In fact, the more emotionally connected a customer is to your brand, the more likely they are to tell you when you are doing something wrong.  And that’s the kind of feedback that unlocks opportunity.

So let’s stop deleting, hiding and ignoring online complaints and let’s start listening and responding to what our customers have got to say. You might actually improve your product and create a more valuable customer along the way.

Discover why building real emotion into your customer experience is the missing ingredient for Australian businesses.

Call to discuss training workshops that will enable your team to build their own customer experience strategy.